A 15-knot breeze swept across the beach of Piriac-sur-mer, a small Breton town on the Atlantic coast of France, much to the delight of the members of the local sailing club. The June sun warmed the air as the sailors launched tiny trimarans that gently sail away in the chop. Meanwhile, Tom Gautier and I set the spinnaker of our 18-foot catamaran we bought the day before. We named the 2006 F18 Hobie Tiger Sedna after the Greenlandic goddess of the sea. And instead of a pleasant coastal daysail, we were headed for the wild conditions off Greenland. 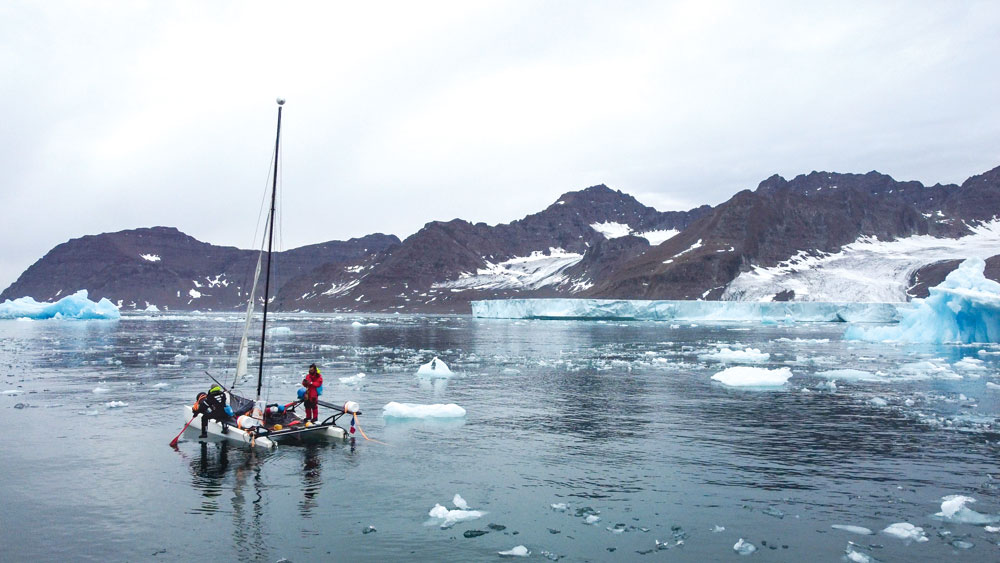 The crew paddles through the brash ice on their way home.
Nicolas Marcillaud photo

“Are you the ones who bought Morgan’s boat?” a local sailor asked.

We told the inquiring sailor that yes we were, and that we were leaving for Arzal, on the Vilaine River, which we planned to sail up with the flood tide that night.

“This boat is a good choice for a raid. You’re going to have fun this summer,” he said. “Where are you going?”

The man was expecting to hear the name of one of the pretty islands off the coast of Cape Breton such as Houat, Belle Île, Groix or, a little farther, the Glénan archipelago. Instead we said we were going to sail from Iceland to Greenland.

Our plan was to sail to the mountains on the east coast of Iceland on a quest for freedom and autonomy in this the remote territory. We need to be able to sail long distances, but we want to avoid the constraints of a keelboat, including the deep draft. Organized raids are popular in Europe, and often involved small craft of all kinds cruising and camping together in a loosely formed competition. We were going solo. 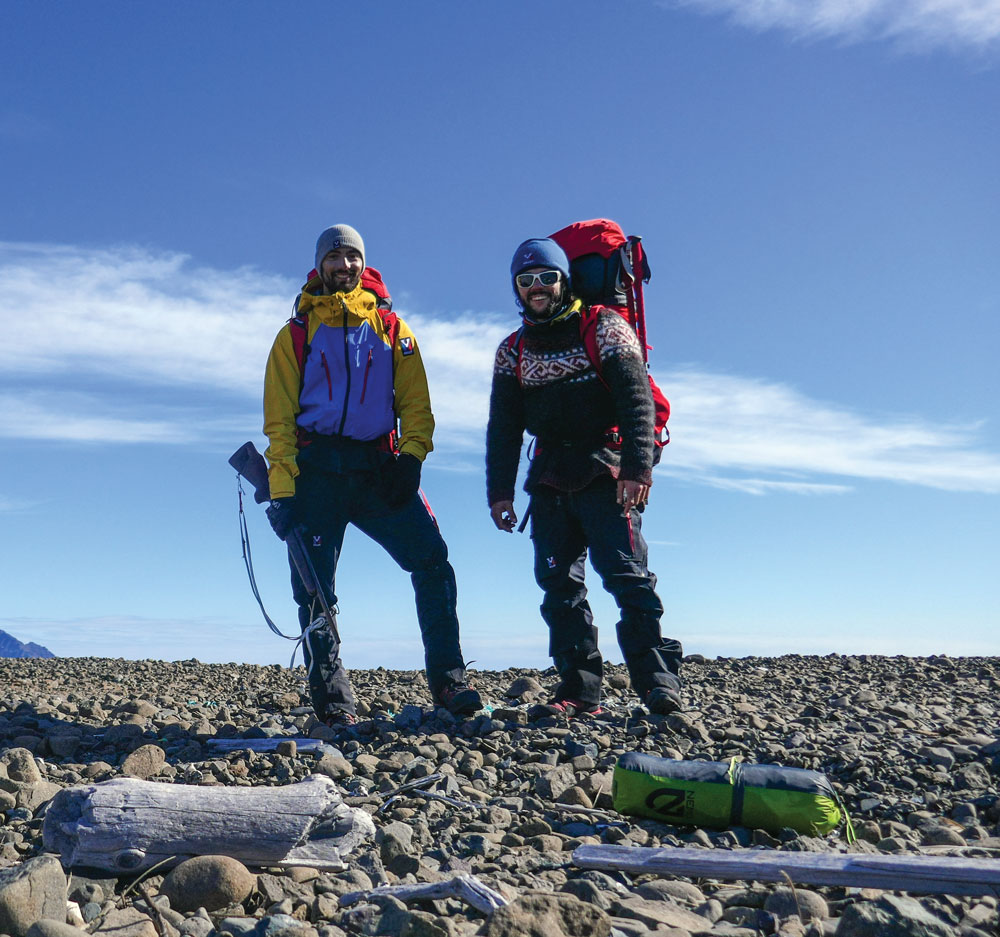 The author, left, and Tom, right, get set to climb.
Nicolas Marcillaud photo

We chose to sail camp aboard this lightweight catamaran and eliminate everything superfluous to be closer to the elements and the environment. Sailors usually choose heavy boats to carry hundreds of pounds of equipment when sailing these northern waters. We choose the lightest possible boat to be able to access all corners of the coast, to sneak between the ice and be able to moor safely ashore during our mountain climbs. On board, we only carried about 100 pounds of equipment and 150 pounds of food.

I teamed up with Tom, a mountaineer who I met last winter while ski touring. To prepare for the expedition, he left his mountains in the Alps and joined me in Brittany.

Sea voyages often begin in overalls, tools in hand. Our task was to transform an 18-foot sport catamaran, designed to race a few miles from the coast, into a raid craft capable of navigating the high seas and carrying our equipment hundreds of miles from civilization.

We were inspired by the voyages and advice of other sailors who undertook adventures on small catamarans, including Benoît Lequin, Christophe Barreau and Gérard Navarin. We added a front trampoline, lifelines, an anti-capsize float at the masthead and watertight bulkheads in the hulls. To easily hoist and lower the mainsail, we added two reefing lines, replaced the hanks with halyard and battens on slides. And of course we inspected every bolt and rivet, replacing them wherever necessary.

On July 15 we finally delivered Sedna to Rotterdam, Netherlands, loaded her on a cargo ship and met up with her in Iceland at the Hafnarfjordur Sailing Club on the outskirts of Reykjavik two weeks later, where we had been invited to start our voyage by Markus, a hospitable Icelandic sailor and climber.